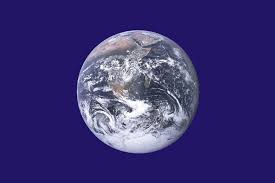 Julia Olson, co-lead counsel for youth plaintiffs in Juliana v. US, and executive director of Our Children’s Trust, said:

“Steep carbon emission reductions are urgently needed so that the U.S. and other developed nations are completely decarbonized by 2050.  Most of these developed nations will only transition from fossil fuels if their politicians lead the way or they are forced to do so by their own courts, regardless of any international promises they make.

The youth climate lawsuit – Juliana v. US – will provide the constitutional mandate for the United States and the Trump Administration to transition to a clean energy economy, to protect the youngest generation’s right to a stable climate. At this historic moment, we need enforceable domestic actions, not empty global promises. The U.S. government has a duty to chart the course to reduce atmospheric CO2 concentrations from over 400 ppm to a safe level, below 350 ppm, by the year 2100.

We believe that courts, including the U.S. District Court in Oregon, as a co-equal branch of government, can and will use judicial oversight to ensure the executive branch is complying with its constitutional and public trust obligation to implement a climate recovery plan. And unlike the Paris Agreement, the Trump Administration cannot withdraw from this lawsuit.

Notably, while the industry defendants – including the American Petroleum Institute (API) and its member Exxon  –  have not pushed the U.S. to withdraw from the Paris Agreement, and in fact have advised against it, they are running for the hills after stepping into Juliana v. US, and consistently losing.”

Judge Coffin will hold a case management conference in his courtroom in Eugene on June 14, 2017 at 10 AM PST. Attorneys representing all parties will be present. This conference is an opportunity for Judge Coffin and the attorneys to discuss the issues involved in the case, which at this phase, largely include discovery disputes.

Juliana v. United States was brought by 21 young plaintiffs who argue that their constitutional and public trust rights are being violated by the government’s creation of climate danger. The case is one of many related legal actions brought by youth in several states and countries, all supported by Our Children’s Trust, seeking science-based action by governments to stabilize the climate system.

Our Children's Trust is a nonprofit organization, elevating the voice of youth, those with most to lose, to secure the legal right to a healthy atmosphere and stable climate on behalf of present and future generations. We lead a coordinated global human rights and environmental justice campaign to implement enforceable science-based Climate Recovery Plans that will return atmospheric carbon dioxide concentration to below 350 ppm by the year 2100. www.ourchildrenstrust.org/