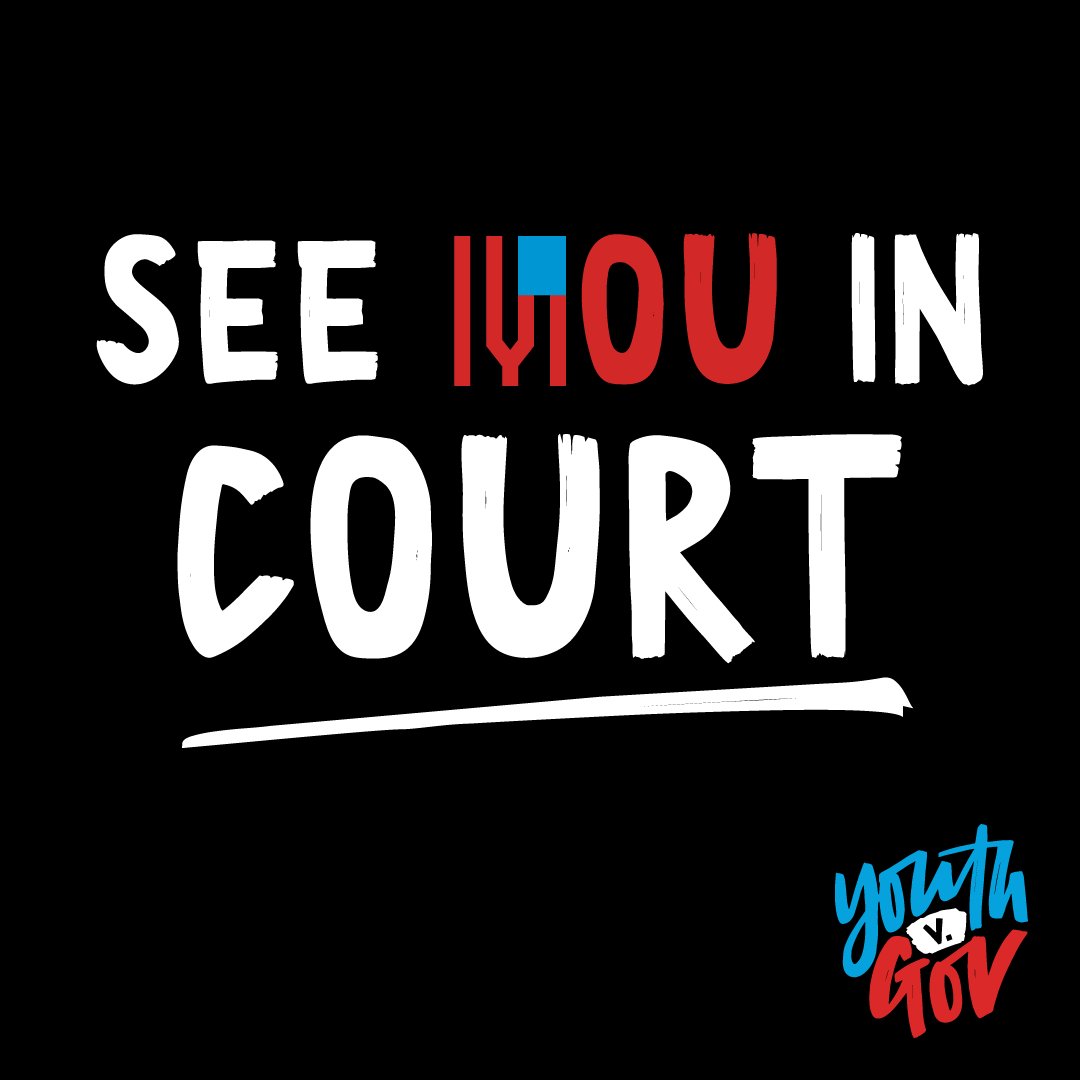 San Francisco - Today, Chief Judge Sidney R. Thomas, writing for a unanimous three-judge panel of the Ninth Circuit Court of Appeals rejected the Trump administration’s “drastic and extraordinary” petition for writ of mandamus in the landmark climate lawsuit, Juliana v. United States, brought by 21 youth supported by Our Children’s Trust. The Court ruled that the Juliana case can proceed toward trial in the U.S. District Court for the District of Oregon and that the Trump administration had not satisfied the factors necessary for an extraordinary writ of mandamus. The three-judge panel consisted of Chief Judge Sidney Thomas, and Circuit Judges Marsha Berzon and Michelle Friedland. Judge Friedland replaced Alex Kozinski on the panel after he resigned on December 18, 2017, one week after oral argument was held on the petition.

“The Ninth Circuit just gave us the green light for trial. We will ask the District Court for a trial date in 2018 where we will put the federal government’s dangerous energy system and climate policies on trial for infringing the constitutional rights of young people.”

The Trump administration’s mandamus petition sought early review of U.S. District Court Judge Ann Aiken’s 2016 denial of motions to dismiss the youth’s lawsuit, which seeks a constitutionally compliant national energy system and science-based climate recovery action by the federal government. Rejecting the government’s position in their petition, the Ninth Circuit ruled that the federal government had not established that it was harmed by any discovery order and had not met the factors for issuing an extraordinary writ. The Court concluded:

“There is enduring value in the orderly administration of litigation by the trial courts, free of needless appellate interference. In turn, appellate review is aided by a developed record and full consideration of issues by the trial courts. If appellate review could be invoked whenever a district court denied a motion to dismiss, we would be quickly overwhelmed with such requests, and the resolution of cases would be unnecessarily delayed.”

Like any other defendant who loses their motion to dismiss, the U.S. defendants must participate in discovery and defend themselves at trial, even though it will take time and resources to do so. That is the structure of our legal system.

“Today, the Ninth Circuit sided with progress. I’m grateful that my fellow plaintiffs and I can have our voices heard, and that climate science can have its day in court. The Trump administration tried to avoid trial, but they can’t ignore us. Our future is our choice and I believe the courts will stand with our constitutional rights.”

“The question of the last few years has not been ‘do we have a case’ but rather ‘how far will the federal government go to prevent justice.’ We have seen that they are willing to go to many lengths to cover up their crimes and maintain the status quo, but not even the Trump administration can go far enough to escape the inevitable tide of social progress. The Ninth Circuit’s decision affirms that we are on the side of justice, and for justice we are moving forward. We’ll see you in court.”

“The Ninth Circuit has denied the U.S. government’s inappropriate writ of mandamus, yet another step that the our federal government took to delay a revealing trial. This favorable decision allows us 21 youth to share expert testimonies of climate dangers in the face of existing fossil fuel energy policies. My greatest hope in addressing climate change lays in a successful trial, where the only acceptable outcome is a court-ordered science-based climate recovery plan.”

“To our supporters: be ready for the new trial date and plan on being with us at the court house here, in Eugene, where our voices will be heard.”

“The Ninth Circuit clearly recognized the importance of a complete record at trial particularly as to the climate science. We will promptly ask the District Court for a trial date in 2018 so that the urgency of the climate crisis can be addressed through appropriate remedies.”

Juliana v. United States is not about the government’s failure to act on climate. Instead, the 21 young plaintiffs assert that the U.S. government, through its affirmative actions in creating a national energy system that cause climate change, has violated their constitutional rights to life, liberty, and property, and has failed to protect essential public trust resources. The case is one of many related legal actions brought by youth in several states and countries, all supported by Our Children’s Trust, and all seeking science-based action by governments to stabilize the climate system.

Counsel for Plaintiffs are Julia Olson, Esq. of Eugene, OR and Philip L. Gregory, Esq. of Cotchett, Pitre & McCarthy of Burlingame, CA

Our Children’s Trust is a nonprofit organization, leading a coordinated global human rights and environmental justice campaign to implement enforceable science-based Climate Recovery Plans that will return atmospheric carbon dioxide concentrations to below 350 ppm by the year 2100. We elevate the voice of youth, those with most to lose in the climate crisis, to secure the legal right to a healthy atmosphere and stable climate on behalf of all present and future generations. www.ourchildrenstrust.org/