Walk2Know Across America at March Against Monsanto OKC 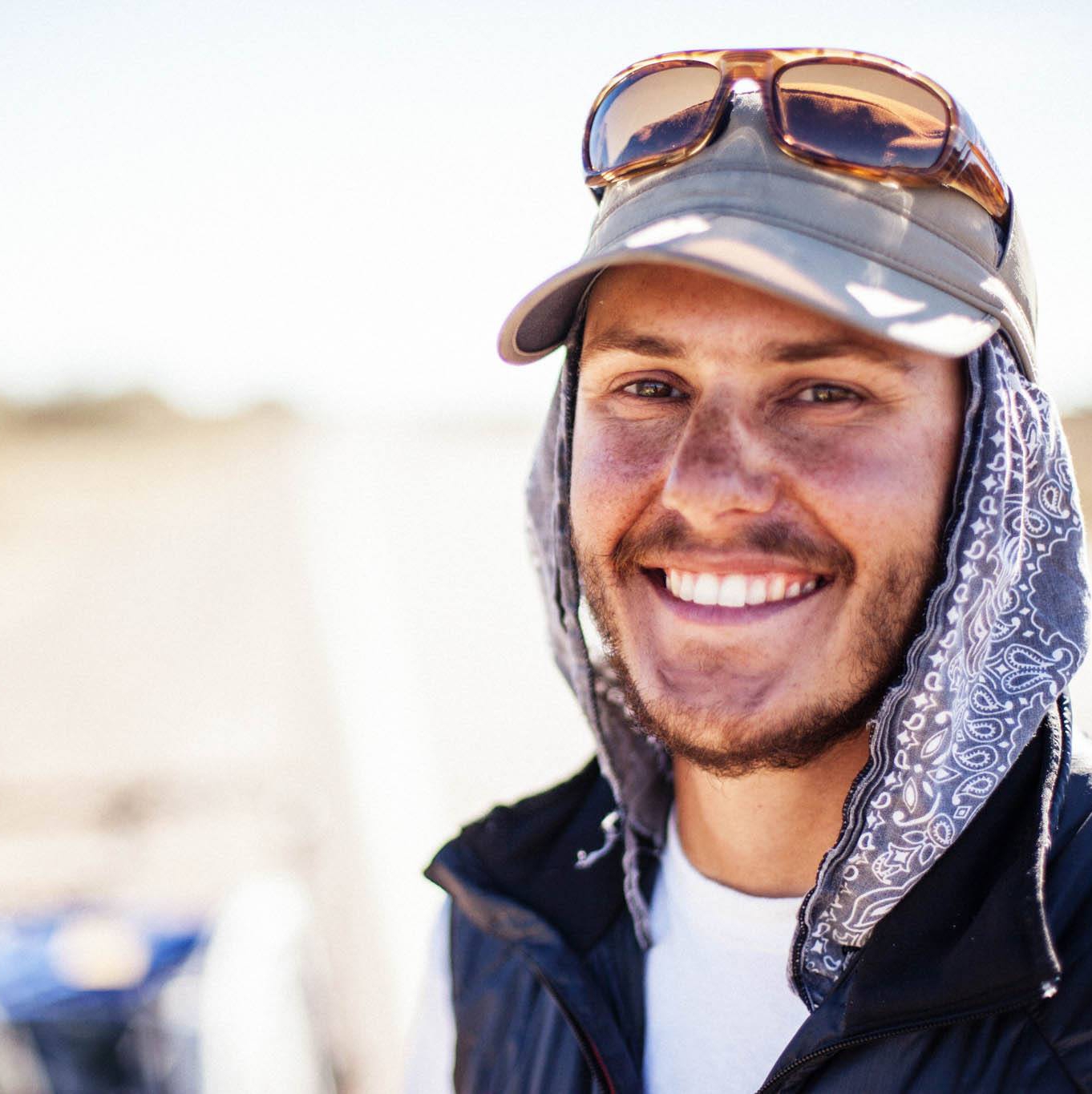 Citizens in Oklahoma City will join hundreds of thousands of people from around the world in the global March Against Monsanto on May 23 (at Harkins Theater in Bricktown, 2-5pm), to march against Monsanto’s continued use of poisonous chemicals, despite the fact that those chemicals destroy soil, pollute water and make people sick. These legions march to protest Monsanto’s monopolization of seeds and agriculture, and the widespread use of Roundup herbicide. They oppose the US bill currently in Congress that they call "The Deny Americans' Right to Know (DARK) Act". Taylor Lancaster will address marchers in Oklahoma City on GMO Labeling and the right to know what's in our food. (RSVP to attend with March Against Monsanto, OKC).

From Sea to Shining Sea

Taylor Lancaster began his trek across the American continent on foot in Santa Monica, California on January 4, 2015. Currently having crossed the Oklahoma border from Texas (and on his third pair of shoes), he's completed more than half of his cross-country walk to Washington, DC. He's walked over 1500 miles to engage people across the land about GMO Labeling, pushing a buggy with his tent and bags, sleeping at campgrounds, motels and on couches along the way. He shares his adventures on his blog, Facebook, Instagram and Twitter, where his journey has attracted a wide following (links below). See his route here.

Speaking along the way with legislators, at schools and events with local GMO labeling advocates, he's taken leave of his job, family and friends since January (expecting to complete in October), supported by nonprofit Omega Point Institute, corporate sponsor Garlic Gold, and the generosity of individual Walk2Know campaign donors (donate here).

Taylor held an event with Arizona Representative Juan Mendez, who has a GMO Labeling Bill, and was interviewed by Phoenix CBS affiliate Channel 5.

For the last 20 years, Taylor has been an avid backpacker. His interest in food integrity began when he lived and worked in New Zealand as an organic farmer in 2007. There, he learned first-hand about the benefits of organic and sustainable farming and living. Taylor is a skilled massage therapist, licensed in California. In the summer and fall of 2012, Taylor lived at a Zen Monastery in Oregon. As part of his training, he worked in the organic garden and orchard. In silence, he experienced what it means to live by action. This frame of mind enabled him to see the benefits of walking across America in support of something bigger than himself.

To learn more about the Walk2Know campaign or to arrange an interview with Taylor Lancaster, please contact Nancy Black at nancy.black(AT)worldbusiness.org. Images and video available.

In March, the World Health Organization said in their study (Lancet, March 20, 2015) that glyphosate, the active ingredient in Monsanto’s Roundup herbicide, probably causes cancer in humans. Roundup is the most widely used herbicide in the world, even though it has been linked to cancer, kidney and liver disease, infertility, chronic digestive disorders and other illnesses.

Acccording to Environmental Working Group ("Big Food’s 'DARK Act' Introduced In Congress", 4/9/14) and Reuters ("GMO Dark Act Introduced", 4/9/2014), legislation introduced in April 2014 by Rep. Mike Pompeo (R-Kan.) would block any federal or state action to require labeling of foods made with genetically engineered (GE) ingredients. Pompeo’s bill – christened the “Deny Americans the Right-to-Know” or DARK act by critics – would prevent states from adopting GE labeling laws that have gained widespread support over the last two years. The proposal would also prevent states from making it illegal for food companies to label products that contain GE ingredients as “natural,” as Connecticut has already done.

Connecticut, along with Maine, also passed a law requiring GMO labeling. More than 30 other states are taking up legislation to require labels. More than 64 countries have GMO labeling laws, or direct bans on GMOs.

Pompeo’s measure would also limit the authority of the federal Food and Drug Administration to compel companies to disclose genetically-engineered ingredients. The bill is identical to a legislative proposal floated earlier in 2014 by the food industry’s main trade and lobbying arm, the Grocery Manufacturers Association. The top individual contributor to Pompeo’s campaign coffers has been Koch Industries Inc., at $238,900. The private company is run by billionaire brothers Charles and David H. Koch, who are known for their extensive support of conservative causes.

“More than 90 percent of Americans support labeling of GE foods,” said Scott Faber, senior vice-president of government affairs for Environmental Working Group. “It’s clear the public wants to know what’s in their food, but if Rep. Pompeo has his way, no one will have that right.”

“If the DARK Act becomes law, a veil of secrecy will cloak ingredients, leaving consumers with no way to know what’s in their food,” said Faber. “Consumers in 64 countries, including Saudi Arabia and China, have the right to know if their food contains GMOs. Why shouldn’t Americans have the same right?”

Here's the Food and Water Watch petition to stop the DARK Act and the #Walk2Know Pledge to Favor NonGMO and Organic Labeled Products.