"Most Important Lawsuit in the World" 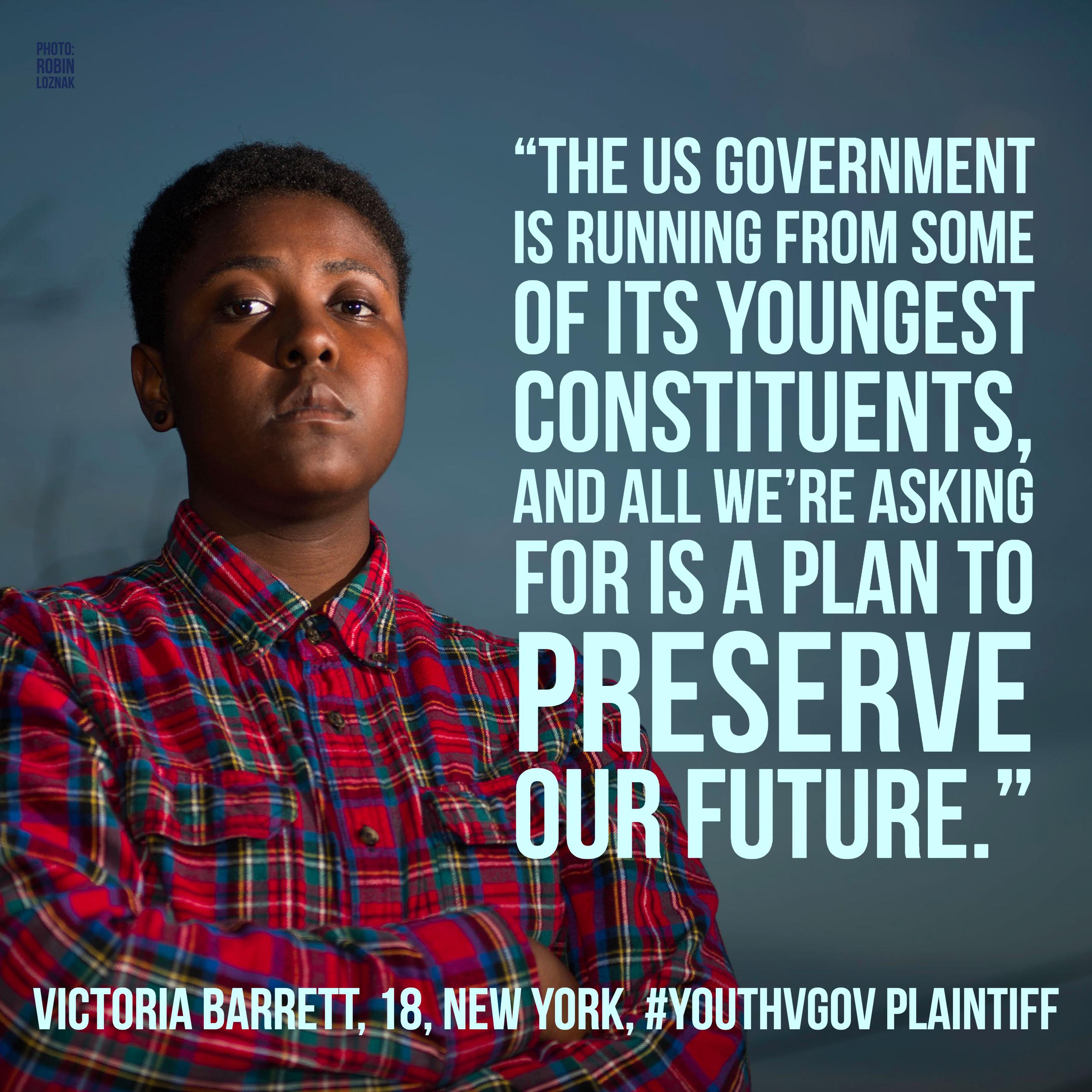 Julia Olson: “If the Trump Administration was at all confident it could defend itself at trial, it would be preparing for trial.”

Today the Trump Administration filed a writ of mandamus petition with the Ninth Circuit Court of Appeals, seeking an extraordinarily rare review of a November 10, 2016 decision by U.S. District Court Judge Ann Aiken to deny its motion to dismiss Juliana v. United States. Further, the Trump Administration is seeking “a stay of proceedings in the district court” while the Ninth Circuit considers its petition.

The Trump Administration argues the Ninth Circuit should “exercise its supervisory mandamus powers to end this clearly improper attempt to have the judiciary decide important questions of energy and environmental policy to the exclusion of the elected branches of government.”

The U.S. Constitution provides for three separate but equal branches of government, with no exception for energy and environmental policy.

This Trump Administration’s filing comes just one day after Judge Aiken shut down another rare path to Ninth Circuit review, with an order denying the US government and fossil fuel industry’s motions seeking an interlocutory appeal.

“The US Government is running from some of its youngest constituents, and all we’re asking for is a plan to preserve our future.”

Nathan Baring, 17, of Fairbanks, Alaska, one of the 21 youth plaintiffs, said:

“The Trump administration wouldn't be scrambling to avoid facing us in trial if they were upholding their constitutional duty to protect us. The public is waking up to the blatant collusion between business and governmental interests at the expense of the people, at the expense of our liberties. My future is no longer for sale to the highest bidder!”

“The fact that the US government is doing everything it can to avoid going to court against us makes it hard to believe they have any case whatsoever. The judicial branch is a vital part of our justice system in this country, and the government’s evasion of the courts threatens the rights of every citizen in this country. We’ll see you in court, Donald Trump.”

“The US government is trying to use every possible tool they can to avoid trial. Because they know that applying the law to the facts and science in this case will mean certain defeat for them at trial. If the Trump Administration was at all confident it could defend itself at trial, it would be preparing for trial.”

“By this writ, the Trump Administration insists the federal government can continue to support the fossil fuel system and inflict harm on our children and grandchildren. We believe the Court of Appeals will affirm that our Constitution specifically protects our Nation’s Posterity. As Judge Aiken wrote, ‘the judiciary must not shrink from its role as a coequal branch of government.’”

Douglas A. Kysar, the Joseph M. Field ’55 Professor of Law at Yale Law School who is not connected with the litigation, but recently coauthored Courting Disaster: Climate Change and the Adjudication of Catastrophe said:

“Writs of mandamus are reserved for the most extraordinary and compelling situations in which ordinary rules of appellate procedure must be overridden to avoid a manifest injustice. For the Trump Justice Department to even seek a writ of mandamus in the current context is offensive to Judge Aiken, to the entire federal judiciary, and, indeed, to the rule of law itself. The writ should not be granted and we should all question why the Trump Administration's lawyers are willing to try such a trick rather than forthrightly defend the case. When the Framers divided power within the government, they did it so that the branches could not only check and balance each other but also poke and prod when necessary. The Juliana litigation is a powerful poke and prod to the entire federal government on the question of climate responsibility. In that sense, Juliana might well be the most important lawsuit on the planet right now and the government knows it. That’s why Trump's lawyers are so desperate to avoid an honest fight.”

Justice Anthony Kennedy, writing for the Supreme Court’s majority in Cheney v. US, explained in 2004 that mandamus is a “drastic and extraordinary remedy” reserved for “only exceptional circumstances.”

Last month, motions were filed by three fossil fuel industry intervenor-defendants: the National Association of Manufacturers, the American Petroleum Institute, and the American Fuel & and Petrochemical Manufacturers requesting the court’s permission to withdraw from the litigation. For any defendant to leave the litigation, US Magistrate Judge Thomas Coffin must grant permission. That matter is still pending.

An in-court case management conference, open to the public, is set for 10 am PST on Wednesday, June 14, 2017, at the Wayne L. Morse U.S. Courthouse in Eugene, Oregon.

Juliana v. United States was brought by 21 young plaintiffs, and Earth Guardians, who argue that their constitutional and public trust rights are being violated by the government’s creation of climate danger. The case is one of many related legal actions brought by youth in several states and countries, all supported by Our Children’s Trust, seeking science-based action by governments to stabilize the climate system.

Our Children's Trust is a nonprofit organization, elevating the voice of youth, those with most to lose, to secure the legal right to a healthy atmosphere and stable climate on behalf of present and future generations. We lead a coordinated global human rights and environmental justice campaign to implement enforceable science-based Climate Recovery Plans that will return atmospheric carbon dioxide concentration to below 350 ppm by the year 2100. http://ourchildrenstrust.org/

Earth Guardians is a Colorado-based nonprofit organization with youth chapters on five continents, and multiple groups in the United States with thousands of members working together to protect the Earth, the water, the air, and the atmosphere, creating healthy sustainable communities globally. We inspire and empower young leaders, families, schools, organizations, cities, and government officials to make positive change locally, nationally, and globally to address the critical state of the Earth. http://earthguardians.org