Mark Jacobson: “A world with 100% clean energy is possible” 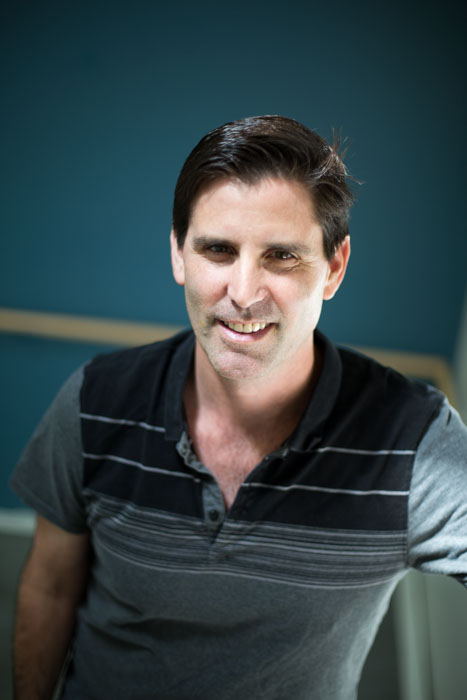 "Costs go down, health goes up, including economic health"

Mark Jacobson, Professor of Civil and Environmental Engineering and Director of the Atmosphere/Energy Program at Stanford University, has created a model for the electrification of the world by 2050, with no need for fossil fuels or nuclear power, and using only existing hydroelectric plants. He started creating this model in 2001, and presented his latest model before the United Nations Conference on Climate Change in Paris.

He considers himself an optimist, due to the information he’s been able to gather. “We’ve looked at 139 countries in the world to convert to 100 percent wind, water and solar power for all purposes, and what I find is that yes, it's possible, we can do it. It's technically and economically feasible. The cost toll is modest to low, but it will save lives, eliminate climate change emissions, and stabilize prices of energy, because there's zero fuel cost to wind, water and solar, and you create jobs, there's net job creation.”

The benefits are multiple, not only in reduction of pollution and CO2 emissions, but also in lessening terrorism risks by decentralizing power. “You reduce the need to import energy, reducing international conflicts over energy. There's really little doubt that I’m actually very optimistic. It’s just a question of when it will happen.” 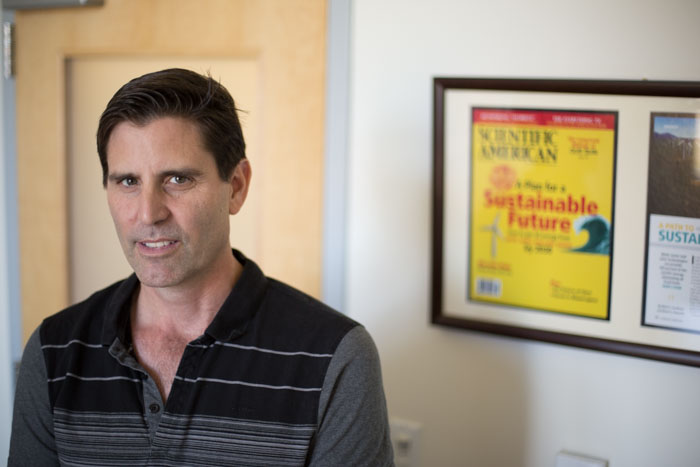 The biggest surprise of his study, which they found out early on, was that “by actually electrifying everything you reduce your power demand significantly. In the transportation sector you can reduce the power demand by anywhere from sixty to eighty percent because electricity is so much more efficient than burning things. Overall, across countries, is something like 35 percent reduction of power demand just by electrifying; without changing your habits, you can use less energy . . . In Spain, if we convert by 2050, and have some modest energy efficiency improvements, we reduce power demand by about 38%.”

So you may actually have a higher cost per kilowatt with clean energy, but you have fewer kilowatt hours, so your total cost is less. For example, an electric car may cost more than an equivalent gasoline car, “but over fifteen years of driving 15,000 miles per year, which is the average in the US, you save about 20,000 dollars in fuel cost over the life of the car, so it’s a huge savings in fuel costs by converting to wind, water and solar for transportation. Your car price would have to be more than $20,000 higher not to make sense.”

"When we finally calculated how much land area you need for all the solar, it’s not that much. To power everything in the US it's about half a percent of the land area, that would be needed for utility scale solar plants and anything else, because the wind doesn’t take up much footprint on the ground; you need space between the wind turbines, but there's no much actually land on the ground that you need, so it’s just about half of one percent."

His study was presented before the Paris climate summit, with the help of The Solutions Project, the organization that he co-founded in 2011, together with actor Mark Ruffalo. Their website features an interactive global map of solutions. “We definitely hope to change the conversation by saying this is how each country can do it. This is not the only path to get there, but one path. The end result can be achieved; and we look at what’s needed, the different devices that are needed, like the cost, how much space is needed, how many jobs are created, the air pollutant reductions, and the climate change cost savings.”

These goals are achievable using existing technology, including hydrogen fuel-cell vehicles and cryogenic hydrogen airplanes that would borrow technology from the space shuttle.

If only the US would become 100% electric, the world would save $3.3 trillion in global warming cost savings, per year. “Worldwide costs of global warming are about 15 trillion per year. There have been some recent studies about the social cost of carbon, estimated at much higher than previously. Because before they were like at thirty dollars per ton of CO2. Now they’re up to 250 per ton of CO2.”

The fossil fuel companies fear a loss of jobs, but for Jacobson, there’s no loss of jobs, but rather a job transfer, with a positive balance. The cost to society would also be lower, “because people will live longer; there's less costs due to the damage from melting glaciers; less sea level rise; less air pollution because of lower temperatures; right now you have more wildfires because of higher temperatures, and wildfires are devastating, causing not only more air pollution but huge cost to the government, because you have to fight them, and people lose their homes.”

The study breaks down in detail how in Spain alone, the balance would be an extra 182,000 forty-year jobs. “These are construction plus operation jobs over forty years, minus jobs lost. You would eliminate all the air pollution in Spain. And we estimate in air quality data, contemporary air quality calculations that combine concentrations of pollutants, population and relative risk. The number of air pollution deaths in Spain, premature mortality, is about 27,000 per year; of cardiovascular disease, respiratory illness, complications from asthma. And then there are hundreds of thousands more people getting illnesses. The total cost of air pollution is estimated to be about $100 billion per year, which amounts to 7.7 percent of the GDP in Spain. So you’d eliminate that. That's a cost savings which translates in 2050 to about $2,000 US dollars per person per year saved by eliminating air pollution. In addition, the conversion would reduce electricity cost so that each person would save about a 150 dollars per year in electricity costs. Climate cost savings is another $2,000 per person per year.”

“Our idea (is that) as states and countries, if several of them can actually start adopting these types of plans, they’ll shame the others into acting faster, because I think people, when they realized the benefits… California and New York have actually adopted 60 percent of our 2030 plans (because they're going to 50 percent wind, water and solar essentially by 2030 and we proposed 80%, so fifty percent over eighty percent is sixty percent). Hawaii is also going 100% in electric power sector, which is just one fifth of the energy, but still is one whole sector going one hundred percent by 2045. As more states and then more countries do that, I think others will realize, ‘Wait; we're being left behind’. These places (that adopt these measures)... their costs are going to go down, their health is going to go up, the money they make is going to go up so all these other places are just going to be really less developed.”