Following in the footsteps of their peers from across the US, 28 young people demand New Mexico fulfill its constitutional duty to reduce greenhouse gas emissions 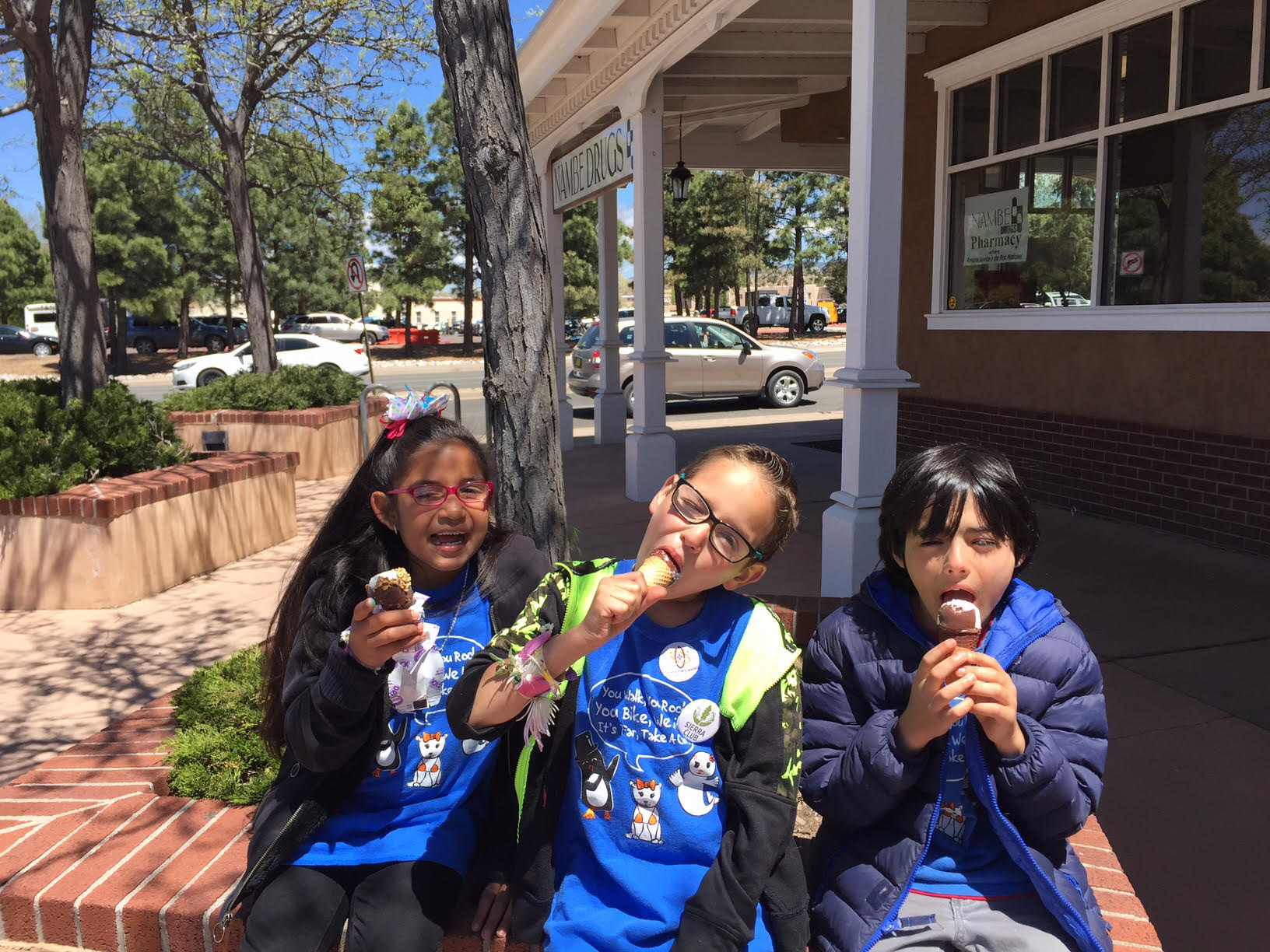 Three of the New Mexican petitioners: Anahi, Arael, and Asha, after they headlined as speakers before 3,000+ at the March for Science in Santa Fe, NM.

(Santa Fe, NM) Today a group of young New Mexicans submitted a climate change petition for rulemaking to the Environmental Improvement Board (“EIB”). The petitioners – 28 young people between the ages of 4 and 20, and the nonprofit organization WildEarth Guardians – are requesting that the state carry out its statutory, constitutional, and public trust obligations to implement an effective CO2 and GHG reduction strategy based on the best climate science. Failure to implement such a strategy, the youth claim, would be detrimental for their well-being and survival.

“I am taking action because I feel strongly that we must act now to preserve our natural beauty before it is too late,” said Barbara Leppala, a 14-year-old petitioner from Albuquerque. “In a state like New Mexico, where a great deal of our pride and identity comes from our natural and ancient wonders, this is especially important. What we stand to lose to climate change is what makes us, us. I hope that this petition results in increased regulations that keep New Mexico New Mexico.”

“Governor Martinez has chosen to hide her head in the sand when it comes to the climate crisis,” said Samantha Ruscavage-Barz, Senior Staff Attorney with WildEarth Guardians representing the petitioners. “New Mexico citizens, and in particular New Mexico’s youth who will suffer the consequences of the Governor’s willful blindness to the climate crisis, are stepping up and demanding the State take action to account for and actively reduce its greenhouse gas emissions.”

The petition was filed just two weeks after a federal judge in Oregon denied the Trump Administration’s request for a rare interlocutory appeal in Juliana v. United States, a federal constitutional climate change lawsuit brought by 21 young people from across the country. The New Mexico youth petitioners are the latest young people in the US to file climate legal action with the help of Our Children’s Trust.

“The law in New Mexico is clear: state government must act to protect the health, safety, comfort, economic and social well-being of New Mexicans,” said Andrea Rodgers, Senior Staff Attorney with Our Children’s Trust. “This rulemaking process is desperately needed to ensure New Mexico fulfills its legal obligations to address climate change so that these young people get the future they deserve.”

“The natural world, plants, animals and landscapes inspire me endlessly,” said Cherry Dzur, 17-year-old petitioner from Albuquerque. “The idea of climate change terrifies me. I used to feel helpless; that my fate had been decided before I was born: to inherit a battered planet. So now I am doing whatever I can to help my generation.”

The petition relies upon New Mexico’s Air Quality Control Act, Environmental Improvement Act, Constitution and Public Trust Doctrine as legal authority for the rule being sought. The petition outlines the tremendous threat that climate change poses to New Mexico’s economy and its vital natural resources, including its forests, water systems, indigenous communities and farmland. Petitioners describe the EIB’s mandatory legal duty to adopt regulations to “prevent or abate air pollution,” including the prescription of air standards “within the geographic area of [its] jurisdiction.” Petitioners seek a rule that directly regulates all major sources of greenhouse gas emissions in the state of New Mexico as well as an overarching climate recovery plan so that the state develops and implements the policies needed to ensure the state fulfills its legal responsibility to reduce its greenhouse gas emissions in line with what is required by current science.

“As a young person native to New Mexico, I was raised in this beautiful state with a sense of love and respect for nature,” said 18-year-old petitioner Ruby Lopez, from Santa Fe. “In my lifetime, I’ve seen streams dry up, entire farming communities have to cover their fields and seek other work, and I’ve seen the weather become more and more unpredictable. I’m participating in this petition because I recognize that something is broken with how we treat the land, and in New Mexico, if something is broken, we fix it.”

“If it’s not me then who? If it’s not you then why? If it’s not us then when?” asked 12-year-old petitioner Mireya Macias, from Albuquerque. “Small actions create big impacts that are both good and bad, but it is our job to shape the Earth into a better and healthier society. And as former President Obama says “we are the change that we seek.””

This petition was brought by 28 young petitioners and WildEarth Guardians, who argue that their statutory, constitutional and public trust rights are being violated by the government’s creation of climate danger. The petition is one of many related legal actions brought by youth in several states and countries, all supported by Our Children’s Trust, seeking science-based action by governments to stabilize the climate system.

Our Children's Trust is a nonprofit organization, elevating the voice of youth, those with most to lose, to secure the legal right to a healthy atmosphere and stable climate on behalf of present and future generations. We lead a coordinated global human rights and environmental justice campaign to implement enforceable science-based Climate Recovery Plans that will return atmospheric carbon dioxide concentration to below 350 ppm by the year 2100.www.ourchildrenstrust.org

WildEarth Guardians is a nonprofit environmental conservation and advocacy organization based in Santa Fe, New Mexico. Guardians works to replace fossil fuels with clean, renewable energy in order to safeguard public health, the environment, and the Earth’s climate for future generations.www.wildearthguardians.org